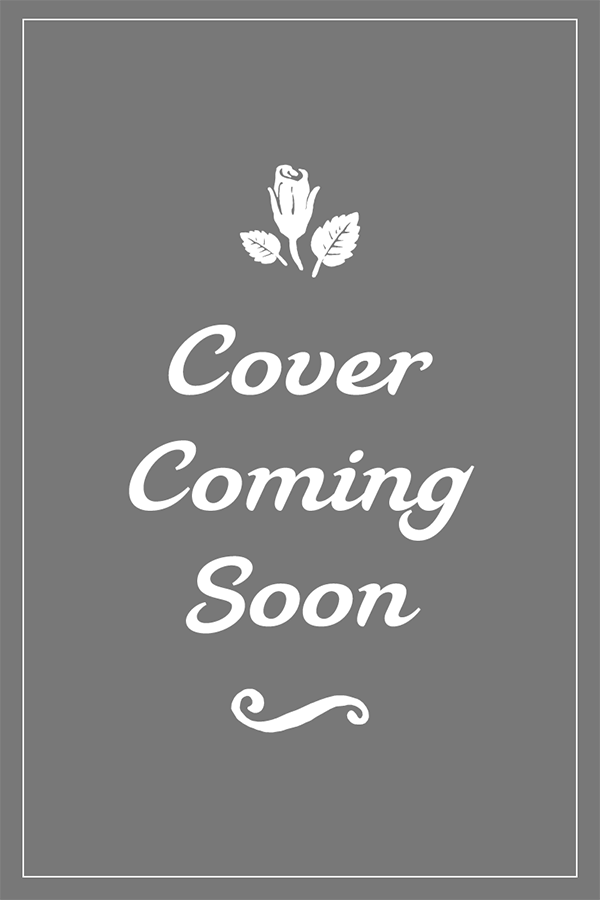 The following is the teaser for Book 3 printed in the back of the U.S. edition of The Liar’s Knot. Because it wasn’t included in the U.K. edition, we’re providing it here for our readers. Be warned that 1) there will be spoilers if you haven’t yet read The Liar’s Knot, and 2) this may not match the final text in Book 3!

After so many years of desperation, misery, and loss, Donaia was hardly certain what to do with happiness.

Or, for that matter, with dancing. “Rusty” did not begin to describe her skills: in the middle of a set she missed her cue to cast off and had to scramble out of the way of the pair of dancers hurtling up the set. Rather than try to find her place again, she ducked and dodged to the safety of the mingling crowd, chuckling at the thought of how Leato would tease her for abandoning her partner.

And she could laugh. Memories of her lost son were everywhere, always . . . but now she was trying to take joy in them instead of letting her heart remain mired in sorrow. Giuna had come of age; the guests had gathered at Ossiter’s for a belated celebration of her natal day, and her elevation to the position of heir to House Traementis.

Donaia let her gaze sweep the atrium, marveling at the crowd. Only five months since Renata’s adoption, where the silence of the Tricatium had almost swallowed the bare scattering of people who attended; now that scattering had multiplied like silken scarves in the hands of a street performer. All the noble houses had sent guests, and a triple handful of delta gentry families as well.

Almost all the noble houses, she amended. Not a single member of House Acrenix was present; Faella Coscanum had made it clear they were no longer welcome in polite society. Without a word of explanation as to why . . . but given that Ghiscolo Acrenix was dead, his putative heir Sibiliat was at the family’s bay villa “for her health,” and his adoptive mother Carinci had succeeded him as the head of their house, there was more than enough fodder for rumors. The most widespread held that Sibiliat had murdered her father — but if that were true, wouldn’t the Cinquerat have put her on trial?

Scaperto Quientis appeared in her view, one fluted glass in each hand. “I wasn’t certain if you would need fortification, or refreshment,” he said, holding them both out.

Brushing flyaway wisps of hair from her face, Donaia waved off the wine and reached for the chilled lemon water. “No drinking for me tonight; I wouldn’t want to put you through a repeat of our adoption ball. Nobody likes caring for a drunk.”

Despite the cool glass in her hand, warmth spread through Donaia. At first she hadn’t been sure how to interpret Scaperto’s kindness: whether it was merely friendship for a grieving woman, or something more. But the days she spent at his villa had not only lessened the weight on her heart; they had cleared the fog from her eyes, too. While she wasn’t quite ready yet for more than friendship, that shore was in sight. And she trusted that Scaperto would wait there until she arrived.

Renata swirled past in a rush of amethyst silk and embroidered cobalt dragonflies, light on her feet in the arms of Ucozzo Extaquium. Sureggio’s recent suicide might have sent Parma Extaquium into mourning seclusion, but the rest of their house was happy to go on enjoying themselves as usual. Another thing for the rumor-mongers to chew on, given the close timing of Sureggio’s death and Ghiscolo’s.

Donaia savored the lemon water and tried to banish those thoughts. You’re looking for trouble where there is none. Can’t you just be happy?

To anyone else, it might have seemed like a non-sequitur, but the two of them had been speculating for weeks. Despite Scaperto’s seat in the Cinquerat, he knew no more about Ghiscolo’s death than Donaia did. The lack galled him, and understandably so.

Sighing, Donaia said, “Of all the times for that gossiping old seagull to close her beak.”

“Era!” Scaperto feigned shock at her rudeness, but clinked his glass against hers. “Every time I try to draw her out, she just turns her attention to the question of who will fill the empty seat. I know you refused it, but might a member of your house might be willing? Nothing in the law says Cinquerat members have to be the heads of their houses.”

As if he meant any old member, and not one in particular. A flash of amethyst caught her gaze; the dance was bringing her niece near again. Donaia could at least rescue the girl from Ucozzo’s wandering hands. “Renata!”

Too late, she realized the pairs had shifted, and Renata’s partner was no longer Ucozzo. With a laugh and a courtly bow, Derossi Vargo led her off the floor. The two of them promenaded over to Donaia and Scaperto as if they were still dancing, and Renata dropped into a curtsy as she arrived. A year in Nadežra hadn’t softened her crisp Seterin accent, but her tone was playful as she said, “You called?”

Donaia gestured with her lemon water. “Scaperto is considering tossing you into Ninat’s maw. Do you want to refuse him yourself, or shall I do so for you?”

That set him sputtering. “I meant no such thing! I only thought–”

“That two Caerulets have died in the past year, so why not replace them with someone with incredible luck?”

The accusation carried an edge Donaia hadn’t intended. But after losing so much to the curse on House Traementis, it didn’t take much to make her worry. Renata was responsible for so much of the house’s recovery; Donaia only wished she could repay her niece somehow.

But that would require her to know what Renata wanted. And that, in turn, might require Renata to know. For all her unshakable facade of confidence, sometimes it felt like the girl clung to her Traementis duties to give her purpose. She’d resisted Giuna’s repeated suggestion that she could remain heir for a while longer, but in the absence of that guiding rudder, Donaia worried her niece might simply . . . drift away.

Renata’s laugh carried an edge of its own. “I’m afraid I’d be very ill-suited for the Caerulet seat. I know nothing of military matters.”

“Very few of us do,” Donaia said. “Indestor had that seat for generations, and they granted very few charters outside their own control.”

Scaperto cleared his throat. “Yes, well. Naldebris doesn’t want the seat. And I hope you won’t take offense, Eret Vargo, that the Cinquerat is not considering you for it, either.”

Donaia expected a sharp reply, and was surprised that instead Vargo looked like he was suppressing a full-body shudder. “That saves me having to find a polite way to say no.”

Renata touched the watered silk of his sleeve, and Vargo flashed her a brief expression that was more grimace than smile. It seemed the cursed reputation that seat had acquired was enough to dampen even his ambition.

A small commotion at the door pulled Donaia’s attention away from the conversation. She’d rented the entirety of Ossiter’s for tonight — only her guests were permitted in — and one of the footmen was blocking a pair of people from entering.

“Excuse me,” Donaia said, and hurried across the atrium.

Grey Serrado snapped her a very correct bow when she approached, as crisp as if he were still a captain of the Vigil. His sister-in-law Alinka stood in his shadow, half ready to retreat back out the door.

Donaia stepped around the footman and took Alinka’s arm in her own. To the footman she said, “What do you think you’re doing, interfering with my invited guests?”

The footman’s bow was every bit as correct. “My apologies, era. It was a misunderstanding.”

He wasn’t bold enough to say to her face that he assumed any Vraszenians ought to be using the servants’ door — even though Grey wore a fine coat of heather-grey wool, with a sword belted to his hip, and Alinka was in the pale blue surcoat and cream underdress Donaia had gifted to her. “Come with me,” Donaia said, dismissing the footman with a pointed sniff, and led the pair into atrium.

Fortunately she spotted Renata’s maid Tess, helping to re-pin Giuna’s hair. Donaia had hardly seen her daughter all evening: with Sibiliat Acrenix and her dubious attentions removed from the field, quite a few prospective suitors were eager to parade themselves before the new heir.

But at heart, Giuna was still the girl who had spent most of her childhood mewed up in the manor of a dwindling family, with very few people to call friend. She had no compunctions about hugging Grey, exclaiming, “You came!”

He returned the hug, but then stepped back and bowed. “Of course, alta. We couldn’t miss your celebration.”

She swatted his arm. “Why so formal? If anybody takes offense at you skipping the courtesies, I’ll just have you duel them.”

Giving him a long-term contract as their house duelist had been Renata’s idea. They didn’t need one nearly as badly as they had in past years, when they couldn’t afford to hire one in the first place, but it was a kindness after he quit the Vigil. Donaia only wished she’d thought of it first. She still remembered the starveling boy who’d shown up on her doorstep with his older brother, begging for work. A nearly familial friendship had grown between him and Leato, despite the differences in their stations, and she felt more than a little affection for him herself.

Donaia hadn’t noticed her niece approaching. Renata nodded to Grey, then turned and said, “Giuna, Orrucio Amananto was looking for you.”

“Oh, please no,” Giuna moaned. “Nothing against Orrucio — but if I don’t rest, I’ll collapse!”

“If the alta would like to sit,” Tess said, gesturing at an empty chair set in front of one of the atrium’s planters, “I could pretend there’s something wrong with her hem. That should give you a moment to breathe.”

Giuna plunked herself into the chair with obvious relief. Alinka perched nervously on another one as Tess produced a needle and thread from somewhere, then knelt to work her magic.

Grey said, “Era, altas, would any of you like some wine?”

“Yes, please,” Giuna said as the other two waved the offer away. He bowed and departed. In his absence — and with Derossi Vargo not there to make things awkward — Donaia nudged Renata and nodded toward the dance floor. “You’ve been nearly as busy tonight as Giuna. I don’t suppose anyone has particularly caught your eye?”

Amused, Renata said, “Matchmaking, are you?”

“It’s an old woman’s privilege and duty to try and pair the young off well. While I may not be your mother, given Letilia’s failings, how can I not try to make up the lack?” Donaia’s former sister-in-law was still off in Seteris, enjoying life with some foreign nobleman, likely never giving a thought to her —

A strangled sound came from Renata, and then the high vault of the atrium rang with a voice that twenty-four years were not enough to scrub from Donaia’s mind.

“My darling daughter! At last, we are reunited!”

Donaia went cold. A nightmare. We’ve all been pulled into that dream realm again, and my worst nightmare is coming true.

She was awake. This was reality.